A phone call for the President 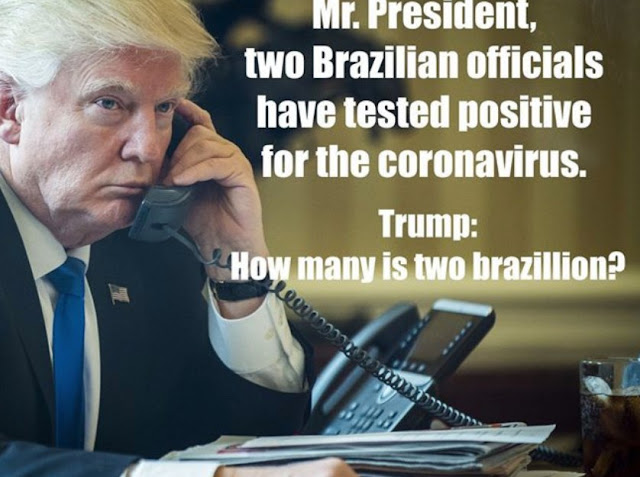 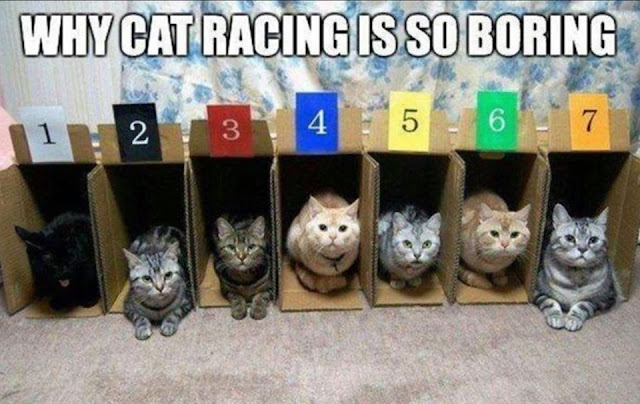 Can't find names for these two anywhere - they're just "The Vivaldi Guys" - but I hope we see more of them, because they are outstanding musicians. Here they are playing Vivaldi's Concerto in B minor for Four Violins ... what I want to know is: 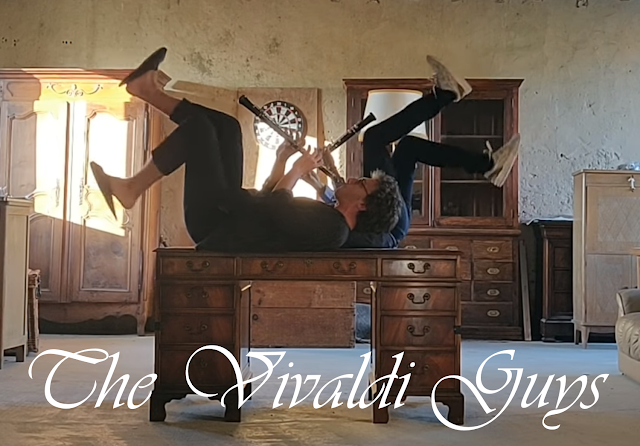 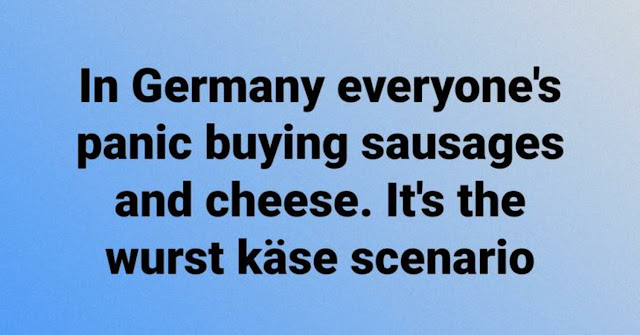 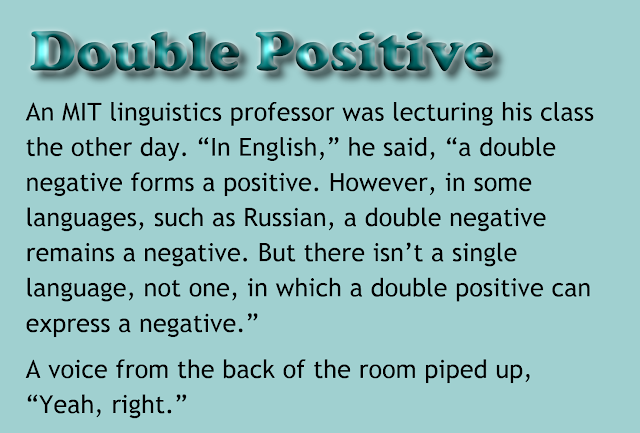 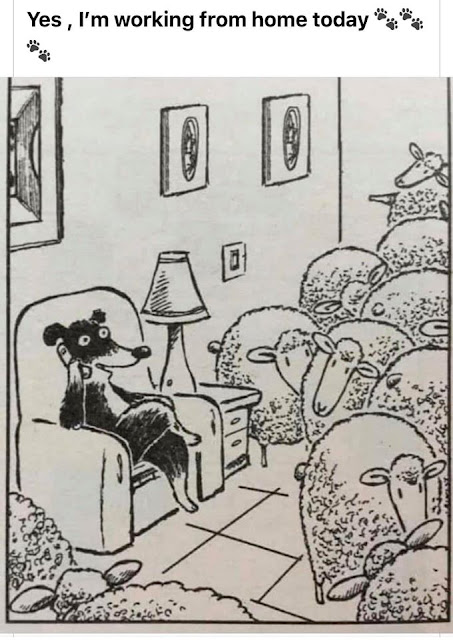 Survival Skills for the Reluctant Organist

I started playing the organ at St Dyfnog's a little over four years ago, to help out when it seemed there was nobody to play on Christmas morning. I'd played the piano since I was six, but never the organ, and at that point it was in any case something over fifteen years since I'd set finger to any keyboard at all ... however, after a lot of practice, many Sunday services and something like thirty or forty funerals, not to mention lessons with the wonderfully patient Alan McGuinness, some progress is being made. I came across The Lady Organist a while back, and though Morwenna is clearly much further along the path than I am, a great deal of what she says is familiar! Her Survival Skills struck a number of chords (pun fully intended ...) Here it is. It's quite long, but worth reading, I think!  Kath M-D

The Lady Organist
You play the piano a bit, or you played in your youth, or someone’s heard that you accompany the children at school. Maybe you unwisely let slip that you secretly hankered after playing the organ.  So you’ve been volunteered for playing the organ for a few church services, because the organist has fallen ill/left/died/we never really had one.  Here’s how to survive the first weeks.

Welcome to our world

The organist gets none of the rapt focus and respect accorded to the concert performer, so be ready for this.  Your powers of concentration will be sorely tested – hymns will be announced in the wrong order, verses subtracted at a whim, babies will wail, your final voluntary will be accompanied by the merry crash of the kitchen hatch opening and a rising hubbub of conversation, or worse, a prod in the back with ‘…could you stop playing for a moment, we’ve got an announcement to make about the Fun Run…’  Organists develop a rich fund of such horror stories, and you will be no exception.

It’s not a piano

You will quickly discover that the organ isn’t quite as friendly as a piano.  There’s no sustain pedal to cover any infelicities in your legato, for starters.  You can’t tickle the ivories in a bashful manner either.  The organ is a big box of ON/OFF switches with nowhere to hide.  ‘Learn to play loud’ was one of my first injunctions to self – and my teachers gave me the second which is learn to keep your hands close to the keys – big arm and hand movements might improve your Chopin, but on the organ they are a complete waste of energy and don’t change the sound one jot.
Whether you play at a tiny parish church or York Minster, accompanying hymns is a core organist task.  Your job here is to KEEP GOING – and if maintaining a steady rhythm means a few wrong notes then so be it.  Folk can cope with an occasional melodic or harmonic slip, but they are very uncomfortable with with a jerky, hesitant accompaniment to their singing.  Don’t even think about playing the pedals for hymns – this is actually one of the hardest skills to acquire because of the need to maintain a rock-steady pulse – if you’re fishing about for notes with your feet, the rhythm is bound to falter.

Newbie organists are often told to join their local organists’ association, but this is a mixed blessing.  Organists tend to be slightly more self-deprecating than other musicians (they have to be, the instrument doesn’t allow for hubris) but get them en masse and all the chatter about pipework, unfamiliar repertoire, let alone suggestions that you join a workshop on improvisation (improvisation!! WAAHH!!) can be very off-putting.
Find one friendly organist to come and show you, on your instrument, a couple of basic registrations (that’s which of the array of knobs/buttons/bells & whistles to press/pull/push for an individual piece of music).  You want something medium-loud for hymns, and something softer for contemplative music during Communion, before a funeral etc.  That’s all.  Full Organ with Grand Tuba can wait – you won’t be playing the Widor for a little while yet.

Leave the pedalboard alone, along with any of the other intimidating levers, knobs, buttons and ratchets that might festoon the organ below waist level, until you get a bit braver, with a few services under your belt.  When you get a bit of confidence, think about pulling out a pedal stop and adding a quiet tonic pedal note with your foot at the end of a piece (and claim historical precedence – French Classical organ music often does this).
Again, ask your friendly organist for advice – a pedal stop pulled at random can result in a sudden agricultural blare which will scare the pants off everyone, yourself included.
However if your instrument has what’s called a balanced Swell pedal (that’s something that looks like an outsize car accelerator pedal, in roughly the same position) push it with your foot as you hold down a few notes and see what happens. (Hint: it probably works on one keyboard and not the other.) It makes the organ louder or softer and can be quite useful.
It takes a while to master all this stuff and and stay unflustered at the console.  So be patient with yourself.
What you can learn quickly is what music to play.

What music to play

As well as playing the hymns, you need to build up a little library of music to play while people come in, during Communion, after the service as the clergy go out and so on – known as VOLUNTARIES in the trade.
Don’t get out your piano music, except for baroque or early classical music that would probably have been played on harpsichord or organ anyway. As we know Bach’s music goes on anything, so if you already have something from the Bach Suites, the 48, etc, under your fingers, there’s your starter.
Be assured it’s not second-best or cheating not to play the pedals – there’s lots of real organ music written for manuals only.
Simple music played confidently is better than some tricky piece which ends up as a bit of a muddle.  (True story:  I once played the easy-peasiest Bach prelude from the Well-Tempered Clavier (the Ave Maria one in C) very loudly and quite fast at the end of a service.  Several members of the congregation thought it was the Widor Toccata.  I have since come to the conclusion that if you play anything loud and fast, someone will think it is the Widor Toccata.)
The organ can help you here: add those 4′ and 2′ stops your friendly organist has told you about, and the sound bulks out with octaves, harmonics and fillers to grand effect, without the need for complicated fistfuls of notes in each hand.
Work up half a dozen pieces and that’s enough to begin with.  The same piece can sound quite different depending on the registration.  I’ve had people say ‘You haven’t played that piece before!’ when I jolly well have, but this was the first time I’d added a sparkly 2′ stop to the registration. Church-goers also like familiarity, so if you keep at it you will start to hear ‘I love it when you play that piece!’  – which always gives a little glow.

Dealing with the downs

There is likely to be some crass member of the congregation who will come up just after you’ve finished playing your simple little piece to tell you with great satisfaction about the marvellous young man at a neighbouring parish ‘who got his FRCO at the age of 13 you know, and has just won an organ scholarship to Top College Oxford, and played the [insert name of very difficult piece here] at last week’s Evensong,’ – to which your response is either (a) to brain said crass member with a hymnbook or  (b) run off to the choir cupboard and cry.
Same member of congregation may also like to point out your slips in the second hymn (like you didn’t know?)  -but in a jocular fashion, so you can’t possibly take offence.
Um, could it be that you’ve just done something they couldn’t, and they are just a teensy weensy bit resentful?  Jealousy is a sign that you’re getting something right, so keep calm and carry on – and maybe in similar jocund fashion, offer them the hymn sheet for next week.
The rest of the congregation will, if they think anyone is playing the organ at all (I’m sure some people think it plays itself), be deeply grateful that they are not having to sing along to a CD.
As an adult learner it’s hard to take this on board, but your mistakes don’t matter as much as you think they do.  Until you’re a recitalist, recording artist, or taking some fiendish exam, you don’t need to play the game of perfect.  Contemplation of our own inadequacies is a useful occupation occasionally, if it spurs us to write a practice timetable, or take a few lessons.  But just before a service is not the moment.  At this point you are the only organist they have, and therefore, the BEST organist they have. You are using what musical talents you have been given (however modest you think they are) to do something of great value for your church and congregation.  You are maintaining the use of a musical instrument that would otherwise be silent, or even scrapped.  You are being braver than all of them put together, lurking behind their hymnbooks.   Go!
at March 29, 2020 No comments:

This one is for the choir of Denbigh Mission Area's Travelling Evensong, temporarily disbanded while there are no church services ... and especially for its wonderful Choral Director, John Harris, whose birthday it is today!

Happy Birthday, John .... we look forward to making a joyful noise unto the Lord with you again as soon as possible! 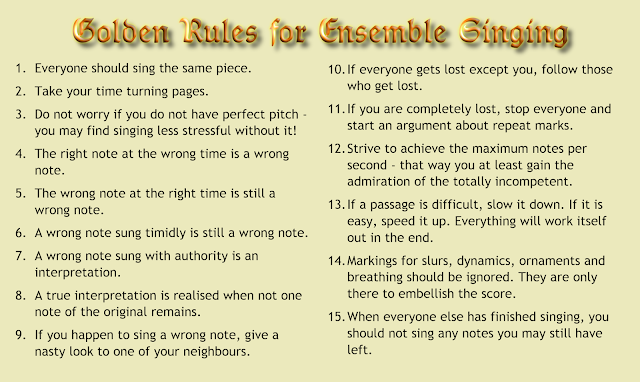 Official Performance by the Composer

I've seen a bunch of videos floating around of the silly piece that I put together. I figured I should do a performance of my own. So...here it is! I can't believe how many people have shared the sheet music. Someone even programmed it on a recital! haha
It makes me happy knowing that I've helped a few people smile during all of this. You're all amazing.
Jeff DePaoli 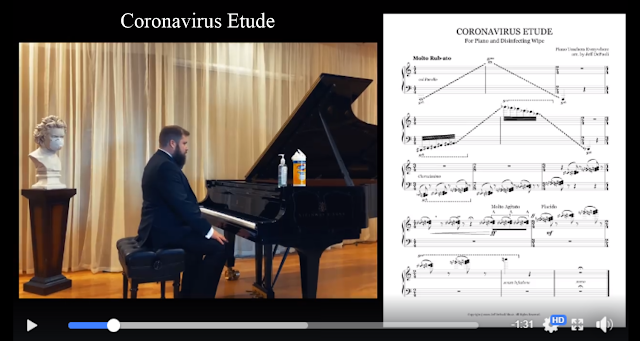 My aunt has been going to a U3A jewellery-making class, and one of her classmates came up with these ... says it all, really, doesn't it??! Thanks, Rita ... 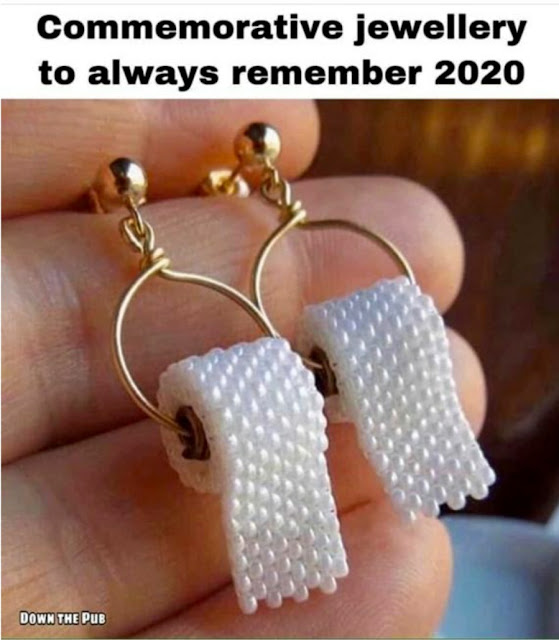